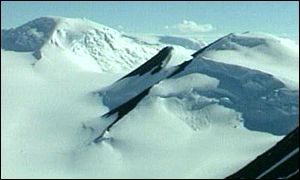 Antarctic studies uncovered hardy bacteria
A pioneering British scientist who was leading studies in Antarctica to understand the likelihood of life existing on Mars and elsewhere has been killed in a car accident. Dr David Wynn-Williams died after he was involved in a crash involving two vehicles near his home in Cambridge.

He was the Antarctic astrobiology project leader at the British Antarctic Survey and studied the way microbes survive in harsh conditions as a model for how life might exist on other planets.

He was jogging when the crash happened.

"David has worked at the survey for over 28 years as a microbiologist.

"He was a talented scientist who, at the early start of his career, pioneered work on the role of microbes in the Antarctic.

"David will be sorely missed by colleagues and friends, not only for being a brilliant and innovative scientist in the area of microbiology, but for his overwhelming enthusiasm for his work, the Antarctic and everything he did.

"Our thoughts and sympathy are with his family at this time," he said.

Dr Wynn-Williams made 10 trips to the South Pole and collaborated with Italian, New Zealand and US colleagues.

He worked with American space agency to develop and evaluate equipment for a Mars lander and advised researchers in Britain working on the Beagle-2 Mars lander, part of the European Mars Express programme.

He was also involved in a biology experiment which is to be flown on the International Space Station.

In 1980 he received a polar medal for his outstanding contribution to polar science.

The drivers of the two cars involved in the crash which killed Dr Wynn-Williams were not seriously hurt. Cambridgeshire police would like to speak to anyone who saw the crash.