The Windsor Coat of Arms (battle display). Note that the two crossed swords have behind them numerous Templar crosses. This Demonstrates that the House of Windsor rules over and draws its military strength from the Knights Templar.

As we discussed in previous posts, the Illuminati ideal for society is found in Plato's Republic. The governing classes are the Philosopher Kings; the Military Leadership/National Police; and the Merchant Class.

The Philosopher Kings of the Illuminati trace their lineage back to the Knights Templar, as do the military classes. The Templars were organized as a military religious Order during the Crusades. They were also the National Police in Europe and the Holy Land. Their purpose has always been to enforce the decrees of the ruling class or the "Philosopher Kings".

After the Templars were forced underground, some of them organized as the Masonic Order in Scotland. The Masonic ordinances, signs, symbols and ceremonies are all from the Knights Templar. The three highest degrees are reserved for the Philosopher Kings; the military/national police/ and the merchant class. The lower degrees are reserved for the uninitiated. They exist to unwittingly carry out the agenda of the ruling classes (our modern-day Templars/Illuminati).

Thus the Masons swear allegiance to "Pirates, Rogues and Thieves" (This has reference to the Knights Templar after they were forced underground in Europe, as well as the Templar naval fleet which flew the skull and bones).

In the Masonic initiation, the story of one "Hyrum Abiff", the architect of the original Temple of Solomon, is murdered before the Temple can actually be completed. The initiate swears to assist in its final completion. This has a Biblical reference:

13 ¶ And king Solomon sent and fetched aHiram out of Tyre.
14 He was a widow’s son of the tribe of Naphtali, and his father was a man of Tyre, a worker in brass: and he was filled with awisdom, and understanding, and cunning to work all works in brass. And he came to kingSolomon, and bwrought all his work. ( 1 Kgs. 7: 14)

In reality however, "Hyrum Abiff" is really Jaques De Molay , the last Grand Master of the Knights Templar. Molay was "burned at the stake" by order of Philip the Fair, King of France. The unfinished Temple of Solomon has reference to the unfinished works of the Templars, when they were formally disbanded and forced underground by the Inquisition.

The Knights Templar did in fact excavate the site where Solomon's Temple had once existed, I believe that some of the Masonic signs and handshakes were discovered during this excavation. Unknown to most Masonic initiates however, Solomon built two Temples during his lifetime. One to honor God; and then one to honor Moloch or Set.

"1 But king aSolomon loved many bstrange cwomen, together with the ddaughter of ePharaoh, women of the Moabites, Ammonites, Edomites, Zidonians, and Hittites;
2 Of the nations concerning which the Lord said unto the children of Israel, Ye shall not go in to them, neither shall they come in unto you: for surely they will aturn away your heart after their gods: Solomon clave unto these in love.
• • •
4 For it came to pass, when Solomon was old, that his awives turned away his heart after other gods: and his heart was not perfect with the Lord his God, bas was the heart of David his father.
5 For Solomon went after Ashtoreth the goddess of the Zidonians, and after Milcom the abomination of the Ammonites.
6 And aSolomon did evil in the sight of the Lord, band went not fully after the Lord, as did David his father.
7 Then did Solomon build an high place for aChemosh, the abomination of Moab, in the bhill that is before Jerusalem, and for Molech, the abomination of the children of Ammon." (1 Kgs. 11: 1) 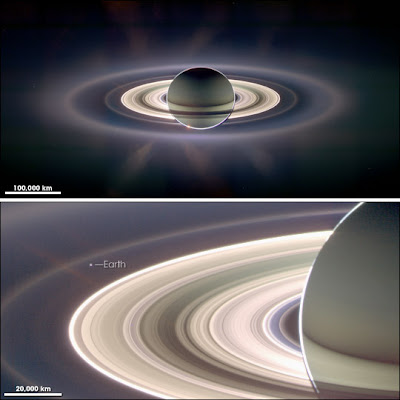 The Knights Templar, in pursuit of Solomon's Wisdom, also worship two deities. In free-masonry, they refer to a "Supreme Being" at the lower levels. This "Supreme Being" gave unto man the principals of reason. The Masonic use of the symbols of geometry have reference to this "Being of Light" that they believe gave unto man both logic and science.

This Supreme being is in fact Lucifer, the god of the Illuminati Philosopher Kings. According to Illuminati mythos, he is the Promethesius that gave unto man the forbidden fire in defiance of the God Zeus. He is Lucifer, a "son of the morning", the Illuminati God of Wisdom. He is represented by the sign of the Egyptian sun god (Horus). The "All-seeing eye" that sits atop the unfinished pyramid (Temple of Solomon). He is the sworn enemy of God and Jesus Christ that was cast down to this earth.

Unknown to the lower levels of "Freemasonry", Satan is the god of the second highest level of the "free-masons" and the Illuminati military and national police. He is separate from Lucifer and is worshipped as the "Great Destroyer" of mankind. It is to Satan that they make their human sacrifices, practice homosexuality and even cannibalism.

The Illuminati believe that Satan has to be permitted to destroy mankind completely before the earth can be rebuilt as the kingdom of Lucifer (see Plato's Republic). Thus the greatest Illuminati symbol is the Phoenix rising from the ashes of our modern civilization.