* Kisses on a letter, e-mail or greetings card

Now imagine for a moment, it's all true...

To quote an earlier article of mine:

The 1972 Munich Olympics were host to the first 'official' global terrorist attack, in which 11 Israelis were killed by Black September (the 9th month - 9/11), a group with ties to Yasser

Arafat’s Fatah organization. The Olympics were host to 121 countries:

The emblem of the games was a blue solar logo (the "Bright Sun"). I will be covering the significance of the colour blue shortly.

X Olympiad - The Los Angeles (The Angels) Summer Olympics of 1932

The 1932 Summer Olympics, officially known as the Games of the X Olympiad, were celebrated in 1932 in Los Angeles, California, United States. No other cities made a bid to host these Olympics. Held during the worldwide Great Depression, many nations and athletes were unable to pay for the trip to Los Angeles. Fewer than half the number of participants from the 1928 Summer Olympics in Amsterdam competed in 1932.

The Games of the X Olympiad were also the first to use the victory podium (that's right, a pyramid):

What does all of this mean?

As you can see, the X and XX Olympiads both witnessed remarkable world events, unrivalled by any other Olympic Games.

The 1932 games were held in the midst of the worldwide 'Great Depression', whilst the 1972 games gave a stage for the world's first dose of 'global terror'.

The letter X is more significant than you think.

First of all, you need to understand that the characters of the English alphabet are more than just letters. They are symbols with meaning, sometimes multiple meanings - much like the Egyptian hieroglyphs.

The Spirit Of X or 'Chi'

'Chi' or 'X' were the origins of the Chinese word 'Qi' meaning 'life force' or 'energy flow'.

As you can see, the letter X or 'Chi' is very much about 'spirit'.

"In Plato's Timaeus, it is explained that the two bands which form the soul of the world cross each other like the letter Χ."

Plato, an ancient Greek esoteric philosopher (important to remember, considering who we're dealing with) associates the letter X with the 'soul of the world'. 'Soul of the world' in Latin becomes 'Anima mundi'. Both of these terms are identified with 'Gaia'.

Gaia can be defined as:

"A complex entity involving the Earth's biosphere, atmosphere, oceans, and soil; the totality constituting a feedback or cybernetic system which seeks an optimal physical and chemical environment for life on this planet."

Gaia is the 'Mother Goddess', who can be identified as Isis - the mother figure of the
Egyptian trinity.

"Chi or X is often used to abbreviate the name Christ, as in the holiday Christmas (Xmas)."

Jesus Christ, the 'Son Of God' can be attributed to the sun, much like Horus - the son figure of the Egyptian trinity.

"A person normally has one pair of sex chromosomes in each cell. Females have two X chromosomes, while males have one X and one Y chromosome."

A father has one X chromosome. The father can be identified with 'Our father who art in heaven' or Osiris - the father figure in the Egyptian trinity.

If you've listened to Rik Clays recent Red Ice Creations Radio interview, you'll already know that he believes the 2012 Olympic Games are going to witness the implementation of the 'trinity for a new age', and here you have it - encoded in the very letters of the games themselves.


To reiterate, X is far more than just a letter.

Imagine your body is a biological computer, and that your 5 senses are filters. If you were to remove these filters, you would be bombarded by an all engrossing white light - a whole array of different energies, which you cannot perceive under normal conditions.

When you show emotion to a symbol, an object, a person, your lover - you are generating frequencies of energy which cannot be perceived through your 5 senses.

Now imagine, that an 'intelligence' which resides outside of your 5 senses, in another
dimension of reality perhaps, is capturing that energy for itself - for its own personal gain. The occult operates in co-ordinance with this 'intelligence'.

You are feeding the trinity, or even closer - a trinity event, at the 2012 London Olympics.

'The truth is always hidden in plain sight' 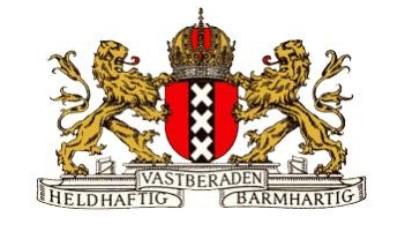 And finally... something that we're all guilty of doing. We don't even know why we do it, only that it's drilled into us from a young age: